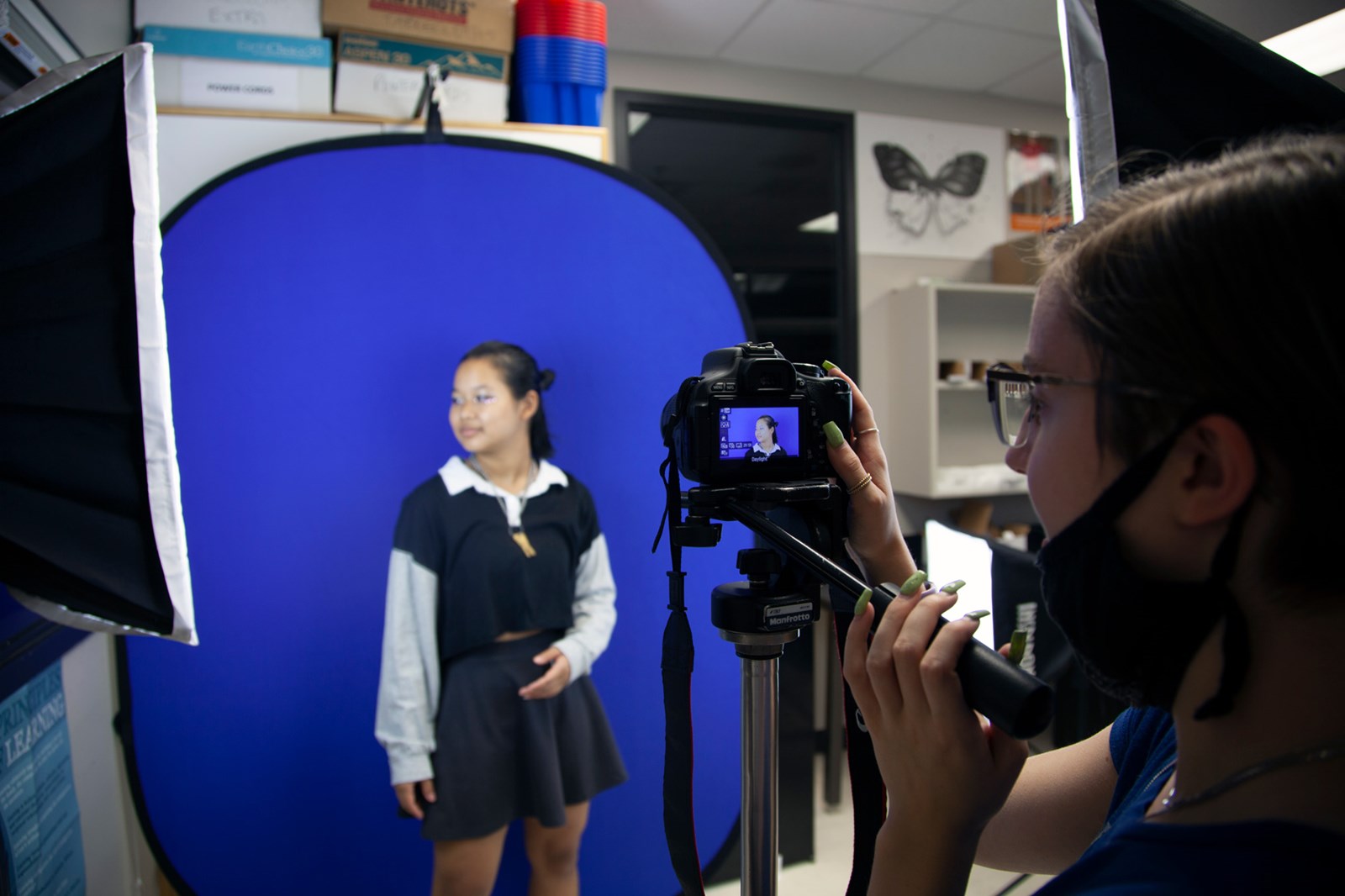 While Hollywood’s Oscar season is still months away, a group of Surrey students is rushing to meet an awards deadline of its own as they put the finishing touches on their small-screen masterpieces.

The student short films will premiere at the end of July as part of a showcase capping off a month-long summer film academy, created in partnership with SFU Surrey’s Faculty of Communication, Art and Technology (FCAT).

Launched in 2019, the film academy program had a dozen students in its first year. Skipping a year during the pandemic, the program resumed last summer, and is now back for a third year in 2022, with more than double the original number of students from 2019 at 27.

According to Neder Dhillon, an assistant superintendent with Surrey Schools, the program was conceived as a means for students to explore new and unique learning experiences and industries.

“One of the aims was to give students experience with working at the SFU Surrey campus and working with faculty members, to expose them to the different opportunities available to them beyond the traditional courses that most students think about when it comes to post-secondary education,” said Dhillon. 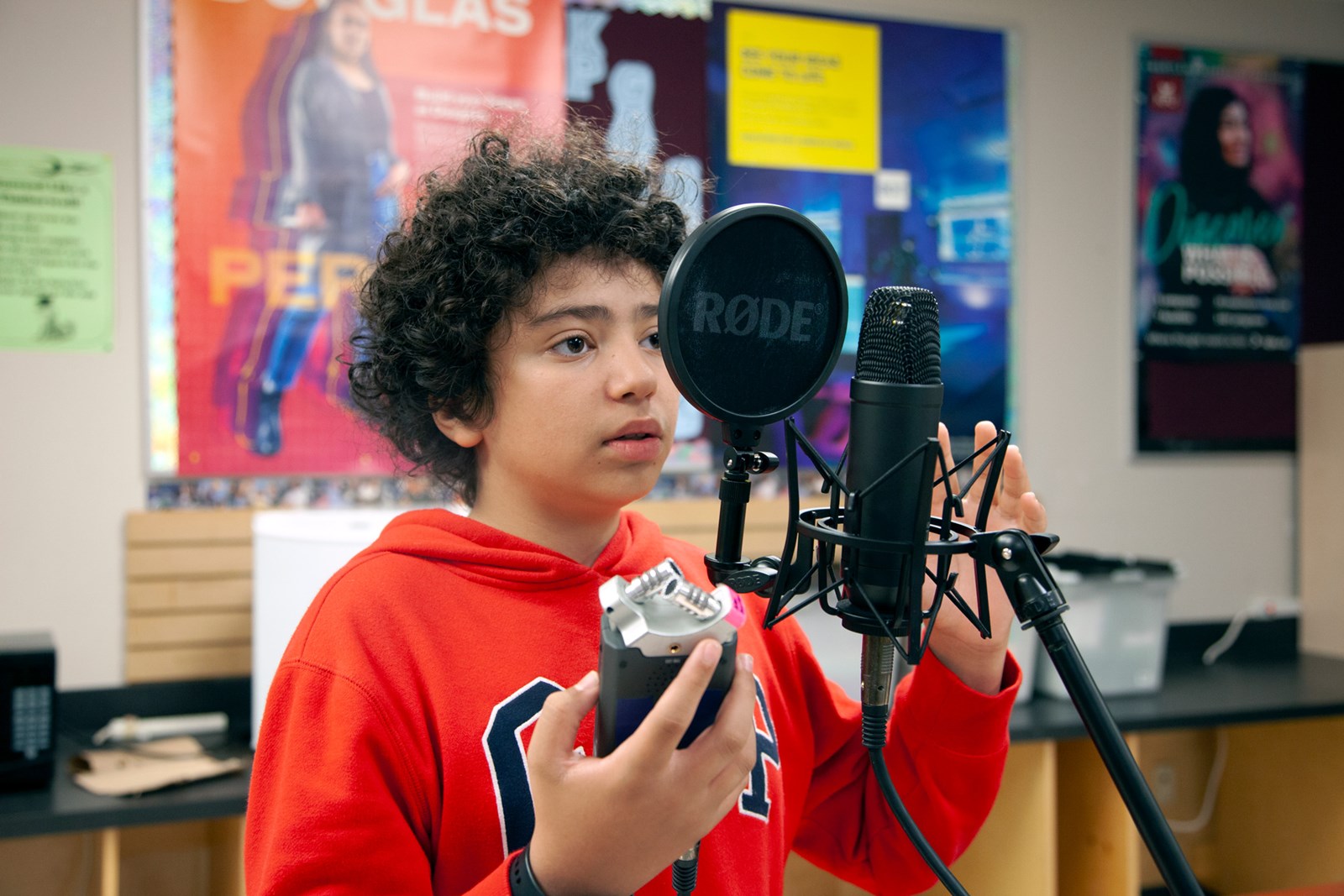 The month-long program, open to Surrey and White Rock students in Grades 8 to 11, runs five days-a-week and allows them to earn course credits for their upcoming school year. Students are taught the basics of pre-production, filming and post-production, including scripting, storyboarding and editing. New for this year is the addition of audio and acting components.

“Previously it was purely technical, but this year we’ve doubled the time and so now not only are we doing a section on filmmaking, but also audio design and acting to camera,” said teacher and program facilitator Adam Drake. “There’s a lot more creativity and design elements in what they’re doing now.”

In addition to receiving instruction from FCAT faculty, students also receive talks from other industry schools such as Vancouver Academy of Dramatic Arts, Vancouver Acting School, Vancouver Film School and the Vancouver Institute of Media Arts.

The partnership with SFU also gives students the opportunity to use professional-level equipment that is not typically available to secondary students during the school year.

“SFU provides equipment, audio and video gear, a range of mics, tripods chargers and all that,” said Drake. “They have a greenscreen room for us to use, as well as other rooms to rehearse or learn in, film in and edit in.”

As in past years, the end goal of the program is to have all students complete a one-minute video which will be shown during a final showcase. There will also be ‘little Oscars’ awards for the videos based on categories such as best film and best director.

“The challenge is to tell a story in exactly 60 seconds,” said Drake, adding that students are meant to put all of the skills learned throughout the course to use. “They can include whoever they want in their videos, but everyone needs to be behind the camera as a director or videographer and must also act in each others’ movies.”

For Dhillon, the success of the program has been wonderful to see.

“I remember the first year, a parent came up to us and said her son had never really expressed interest in attending university before, but after attending this course was pretty convinced that this is where he saw himself and he wanted to attend SFU to pursue this,” he recalled.

As for next year, Drake and Dhillon both hope the program will continue to grow and attract even more students.

“[The program] has sparked a lot of interest in the students who do this, these kids get to learn from professionals, workshop with them and then think about if this is something they might want to pursue afterwards,” said Drake. “It’s raising the profile of the industry around here and letting the students know that traditional university isn’t the only option.”