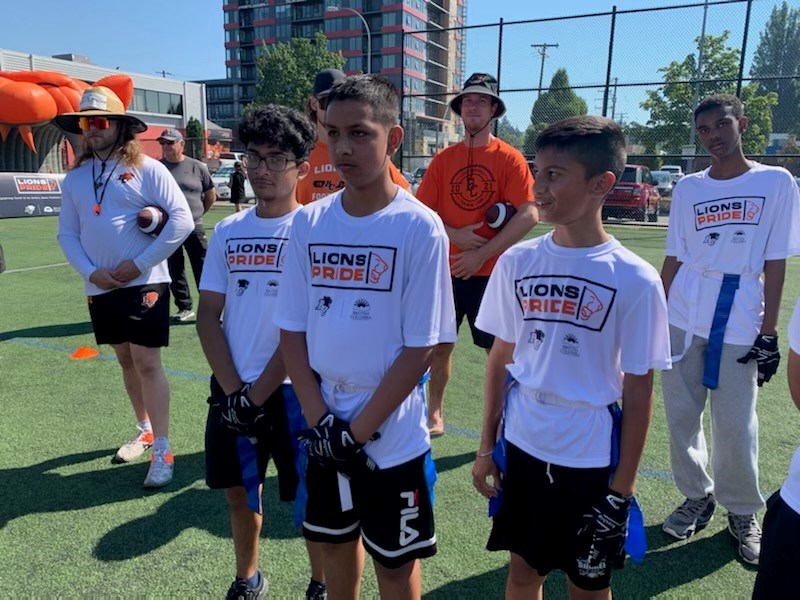 Following a month-long football camp, more than 30 students from Surrey Schools took to the field last weekend, sharing the field with a dozen BC Lions players for a friendly tournament.

The match was the culmination of this year’s iteration of the Lions Pride program, a Surrey Schools program run in partnership with the BC Lions that sees students taking part in football camps at the Lions’ training facility in North Surrey.

“The BC Lions have been a partner of ours for the better part of 10 years now,” said Rob Rai, director of School and Community Connections for Safe Schools. “Jamie Taras, he’s a CFL legend and a BC Lions Legend, and he’s always coming out to me with different ideas.”

While the Lions Pride program usually runs in the springtime during the BC Lions’ off-season, Rai explained that Taras suggested holding it in the summer this year to have more opportunity to keep students engaged. 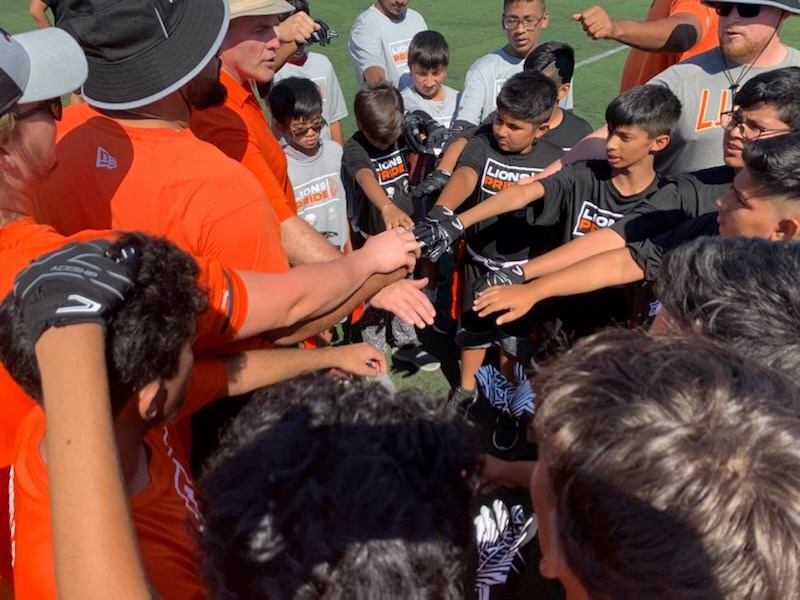 “These kids, they have wonderful parents that work hard in this community,” said Rai. “Sometimes the parents aren’t able to get summers off, activities are expensive and so we wanted to have something to keep these kids engaged during those months that the parents may still be busy with work.”

With the new time frame, the program ran twice-a-week during July and saw students take part in practices, drills and training that was overseen by BC Lions staff and trainers.

“They then capped it off with a nice summer barbecue and a tournament-style football game at the Lions facility in Surrey,” said Rai, who noted that a bunch of the players came out for the finale and BBQ. “The neat part was that the Lions actually played in Saskatchewan on Thursday and then they were out again on the field with our kids on the Sunday, so a lot of these kids saw the players on TSN playing on Thursday and then on Sunday were sharing the field with them.”

In addition to the Lions players and trainers, Surrey RCMP also came out to take part and engage with the students, adding to the community presence and partnership that Rai hopes the students will carry forward with them.

“Some of these students, they come back later on as mentors for the same programs that they’ve participated in and that’s always something we love to see,” he noted.

Looking ahead, Rai is already planning for next year’s program.

“This program has meant a lot to the students of Surrey and the Lions have been such amazing community partners” he said. “Not only do they partner with us on amazing camps like this, but every single home game they make sure to donate a bunch of tickets for Surrey students. We’re so grateful to have them in our community.”

To learn more about the Lions Pride program, click here.